September 28, 2021
Trending Now
Home Travel Everything You Should Know About Flying Private 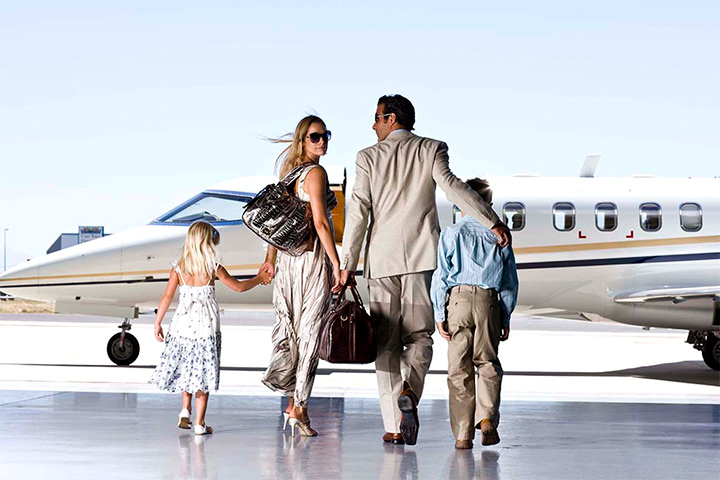 Traveling by air is now preferred by many due to its speed. With an increasing demand for air travel, flights have become very costly over time. Due to the high demand for flights, airports and airplanes have been a subject of congestion.

Customers planning to fly a private should consider the following:

What to Expect When Flying on a Chartered Flight

If you want a high level of comfortability, a private charter flight is the only way a customer can have a satisfying experience when it comes to air transportation.

Goodies offered by chartered flight includes access to the lounge area, quality and super-fast internet facilities that gives you the chance to achieve a lot while awaiting your flight.

Scheduling of chartered flight is the easiest because airline companies design their program to suit customer needs. The scheduling aspect is straightforward and fun when it comes to planning departures and arrivals at different airports that cannot be compared to a commercial flight in any form. Customers also benefit from a flight landing at its final destination rather than changing from one flight to another.

Chartered flights eliminate the rancor of waiting endlessly for a flight at the port because private trip does not require customer presence several hours before the time of departure, unlike commercial flights. It affords valuable customers the chance to arrive at the airport just an hour before departure. Loading of goods and security check up are extremely fast and efficient. It also gives you the chance to reschedule your flight just with a simple phone call if need be.

Total hospitality is embedded in the service provided by private flight, unlike commercial flights that a keep on proving itself as an old wine in new bottle.

Commercial flights are consistent in providing sodas, water, juices, coffee old snacks that include pretzels and peanuts as well as alcohol at an extra cost. They also offer a pre-made meal in case of a longer flight that can be paid for in advance.

Private flight is widely known for providing a broad range of exceptional hospitality for customers. They offer chocolate, gourmet meal that is paid for in advance with consumer been at liberty on drinks.

Consumers can hardly differentiate between a bed and a chartered flight seat with the pillows and blankets available for users.

Is It Possible for Private to Be Affordable?

The cost of a chartered private flight is has dropped drastically, due to increasing demand for it. The prices are determined using many factors as earlier mentioned, although an average income earner may not have the financial power of getting on a private jet. However, the inefficiency associated with commercial flight has considerably contributed to the overall reduction in the cost of a private flight. Consumers that use commercial flight often will be surprised when they see the exorbitant price list of a chartered flight. Private flights are charged per hour, a jet with a smaller cabin might cost $1,950 to $2,000 per hour, whereas a larger mid-cabin might cost double that amount. The price of a commercial flight is low because the total cost incurred will be spread among hundreds of the passengers on board.

A private jet fee can also be shared among the passengers if all passengers on board decide to board the airline to the same destination. The price that would be paid by a passenger is highly dependent on the number of people going, the size of the flight, destination, and amenities provided for the consumers. The price of a chartered flight may be somehow costly, but passengers are guaranteed luxury, hospitality and control private flight offers.

This fractional ownership involves when people share ownership of a private jet thereby giving them a chance to save more and still enjoys the benefits associated with private aircraft.  Flying a private jet offers the customer a whole lot of advantages that include the ability to control the flight, determine destination, time of departure and arrival. Private flight is an escape route from the cankerworm called “Commercial Flight.”